Wright pulleys are split steel construction for low inertia and cool running belts. Pulleys are made from a round disk of steel, and a rolling knife is very precisely rolled into the edge of the disk to form the perfectly round V groove. This method makes a pulley that conducts heat away from the belt quickly and, because it's strong and approximately 20% less inertial* than a cast iron pulley, the clutch last longer. All deck pulleys are approximately 1'' larger than other brands, which significantly reduces belt tension and flex. Except for Stander B™ models, pulleys are mounted using taper lock hubs (They are impossible to remove unless you move the two small bolts to the other two holes to jack the pulley off the hub.).
* Less inertia means that less energy is required to start and stop its turning. 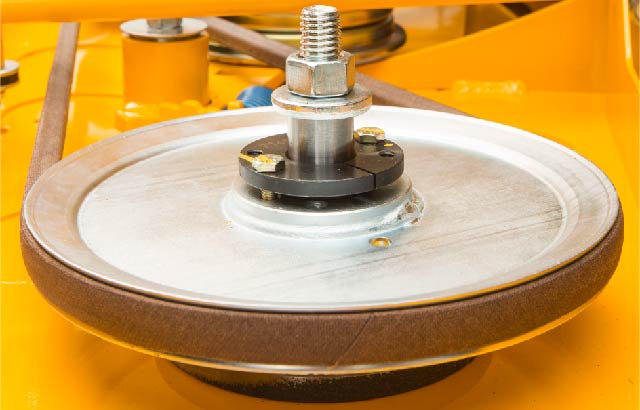 Durable Steel Pulleys & Steel Spindles
Tags:
Deck
Mower Feature
Pulley
Wright
Related Articles
Deck Level Adjustment The Wright Parts
Leveling the deck is critical for an excellent cut. In most cases, the front of the deck should be ¼''lower than the back of the deck. This al...
Quick Select Deck Height The Wright Parts 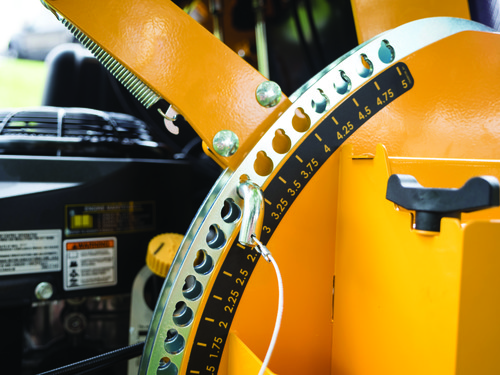 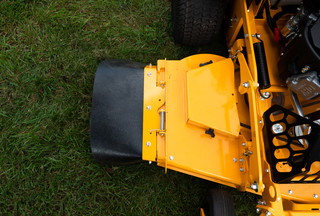